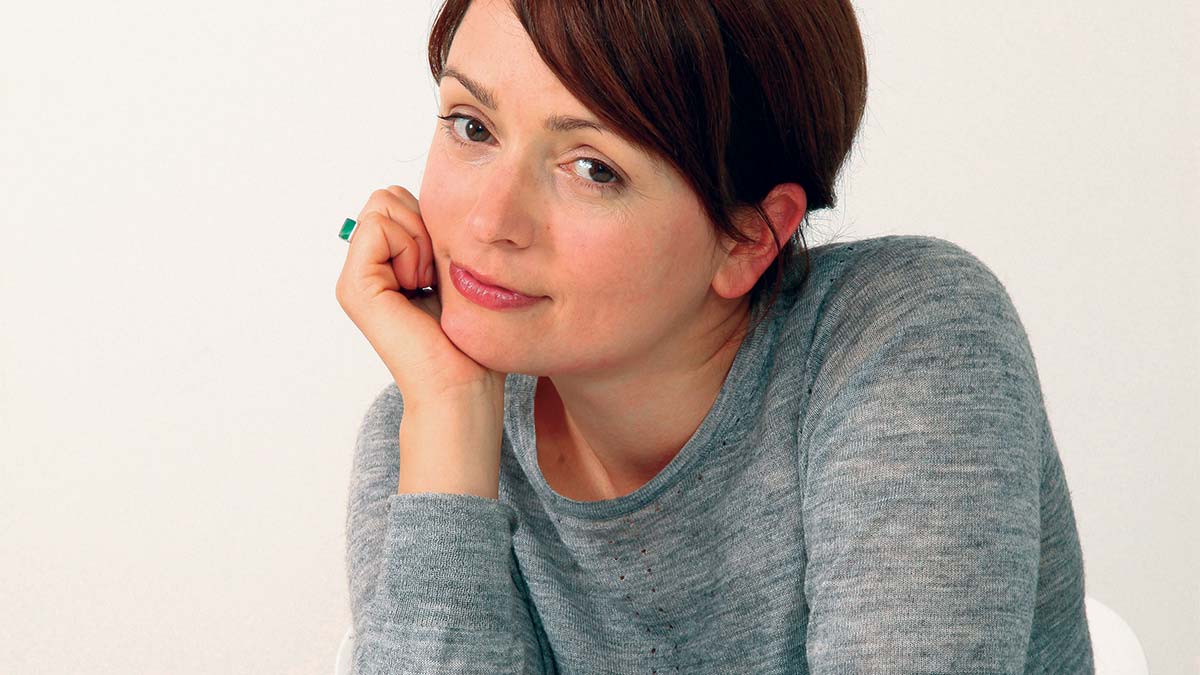 Jo Baker seems to relish finding uncommon roads through common territory. She’s perhaps most recognized for her novel Longbourn, which turns Jane Austen’s Pride and Prejudice upside down, following the servants who work for Elizabeth Bennet and her family.
Baker’s new novel, A Country Road, A Tree, follows avant-garde novelist and playwright Samuel Beckett into France during the Nazis’ rise to power, where he befriends James Joyce, works for the French Resistance, narrowly escapes the Gestapo, and emerges to become one of the most influential writers of the 20th century.
While prepping for her reading at Bookshop Santa Cruz on Thursday, May 26, Baker talked to GT about her new book.
How did you get the idea for A Country Road, A Tree?
JO BAKER: I studied Beckett at the Queen’s University of Belfast; I’d been fascinated by his persecuted, battered characters and the strange, hostile landscape they existed in. My tutor mentioned that Beckett had been stuck in France during the war, and had had to go into hiding. It was like a light bulb going on—a modern light bulb, the kind that takes a while to warm up. That was 20 years ago. Then, maybe 15 years later, kids in tow, we were travelling to the South of France by train, and I realized we were following the same route that Beckett had taken when fleeing south to the Zone Libre. The sense of place, and of movement, connected with that old thought about Beckett’s characters and their world. That’s when it began to seem like a possible story.
What did you find compelling about Beckett as a character?
His moral courage. Faced with a series of impossible choices, he consistently chose to do what was most humane, just and courageous. He had an uncommon sense of self. Alongside that, he was good company. He had a talent for friendship. He liked a drink. There’s a temptation to “read back” from later work and assume that the man himself was as austere and challenging and dark as the work. That’s in him, but that’s not the sum of him. Also, his early work went barely noticed. He dragged around this sense of failure and got on with things. I recognized that.
How did you re-imagine Beckett’s voice and ideas in the context of known facts?
I used the prose, plays and poems, along with biographical information and the collected letters. My notion was to extrapolate from what he himself wrote, said, or experienced. Everything had to be potential, justifiable, not just my decision, but something that had emerged from what I knew about him. Also, I don’t name him. Unnamed, he seemed to be much more accessible.
What did Beckett’s life add to your sense of occupied Europe?
His war is on a very human level—struggling along with refugees, scraping by. But he is very much the outsider in this world; apolitical, peripheral. This is not his country, he is beyond the locked-antlers struggles of nationalism. That, I think, makes the story unique. That, and the fact that he would go on to write, after the war, the work that would win him the Nobel Prize for Literature.
It’s risky to write about people and events that readers already know. What attracts you to this approach?
As a novelist, I’m trying to tell a good story, but I’m also working out questions or niggles about another writer’s work. I try to be as thorough as possible with the research, and to use that research with a kind of imaginative honesty. If I manage that, then I can look myself in the eye.
What kind of peripheral research did you do for the book?
I read memoirs of the Occupation and Resistance, as well as a good deal of fiction of the period. I did a bit of pottering around the Paris neighborhoods occupied in the novel, and spent some time in Roussillon, where Beckett was in hiding during the last years of the war. I also—cleverly—experienced failure as a writer. And I’ve been broke. I’ve walked around in shoes full of holes because I didn’t have the money to get them fixed. I had no idea at the time how useful that would prove to be.

Previous ArticleTake Back Gets Flak