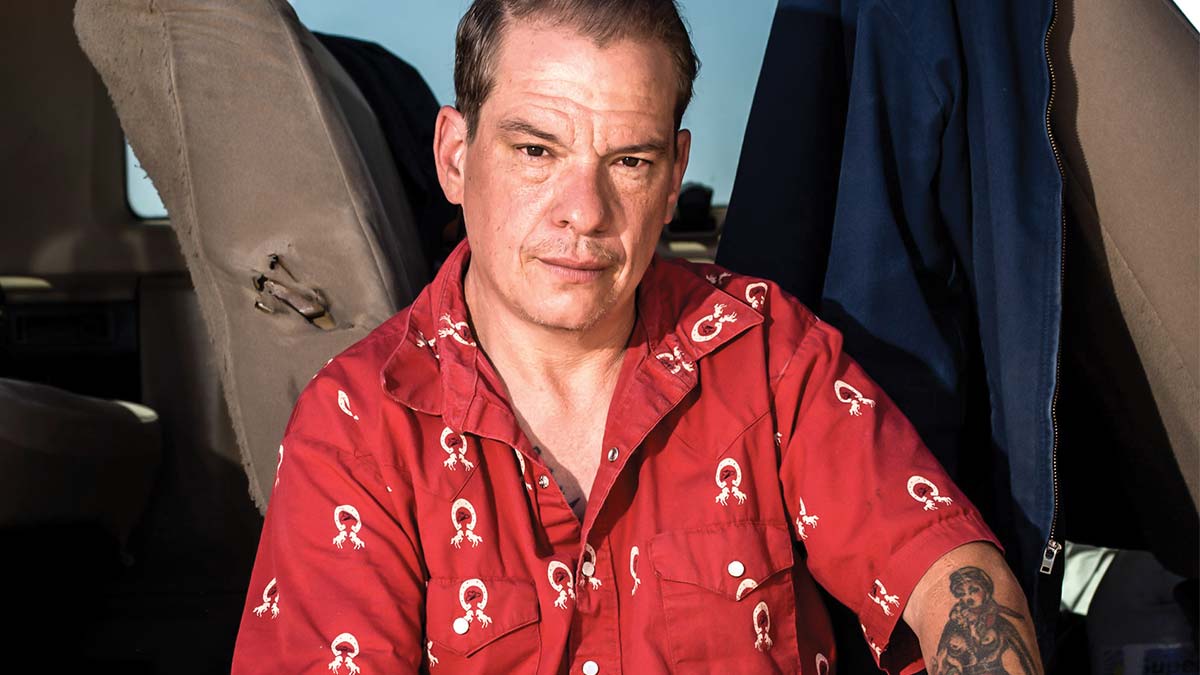 Wayne Hancock has no use for setlists. The gravelly voiced, tough-talking underground music legend in the making prefers to let his audiences holler out the songs they want to hear—or he just plays whatever he’s in the mood for, and his band of ace musicians joins in.

In the tradition of Western swing great Bob Wills, Hancock’s band members never know when it will be their turn to step into the spotlight for a solo. He just calls out someone’s name, mid-tune, when he wants him to do his thing.

“Nobody plays a part unless I say,” says Hancock matter-of-factly.

He tells the story of a fan who once said to him, “I really like your music, but I hate it that you introduce everybody every time.” One of Hancock’s friends responded, “He’s not introducing them, dumbass, he’s calling a part.”

The old-school technique keeps the band members on their toes and keeps Hancock’s sound fresh and tight. The group doesn’t rehearse—they don’t need to. Instead, they keep their skills honed playing hundreds of dates a year, with each performance driven by Hancock’s be-ready-for-anything approach.

When asked how he describes his sound, which straddles country, rockabilly, Western swing, roadhouse blues and big band, he admits that he struggles with that question. He grew up listening to Hank Williams, Bob Wills and Glenn Miller, and hasn’t strayed too far from those classic sounds—he just pulls them all into one.

“I’ve tried different names over the years,” he says, “Juke joint swing and this and that, and, of course, honkytonk. I tell people it’s like boogie swing. It’s dancing music.”

As with all great dancing music, a Wayne Hancock concert is quite a scene. People party and carry on in the great juke joint tradition, yelling at the band for the songs they want to hear, or whatever else is on their mind. This is just the way Hancock likes it.

“I don’t like an audience I can’t cuss at and get a response back from,” he says with a laugh.

Beyond the good-time nature of his shows, Hancock considers his work a service. He has a tattoo that reads “Play ’til you die,” and his idea of his perfect death—which he stresses he doesn’t want to happen now—is to die backstage, by himself, after a great show. He long ago gave up on the idea of being a big star, but he understands that hard-working people need to get out and let loose among friends. He tends to lowball his fees to keep his concerts affordable.

“We do the country doctor thing,” he says. “We go out to the smaller venues—venues that a lot of people I know won’t even touch—because we like that and it’s a needed, necessary thing.”

He says he “ain’t ever going to make a millionaire living” but that he wouldn’t know what to do with that anyway.

Hancock is outspoken about his distaste for today’s pop country music. He says he hasn’t listened to country radio in decades. His last record, Ride, unintentionally landed in the Top 40. “I won’t do that again,” he jokes.

Hancock has a new album due out in October. It’s his 10th record in a career that spans 30 years. His longevity is a testament to his toughness, his consistency and his loyal community of fans.

“When you’re on the road that long, people start becoming like family to you,” he says. “It’s your work, and you’re entertaining them, so you help each other out in that way. We’ve all grown up and grown old together.”