.Review: ‘Me Before You’ 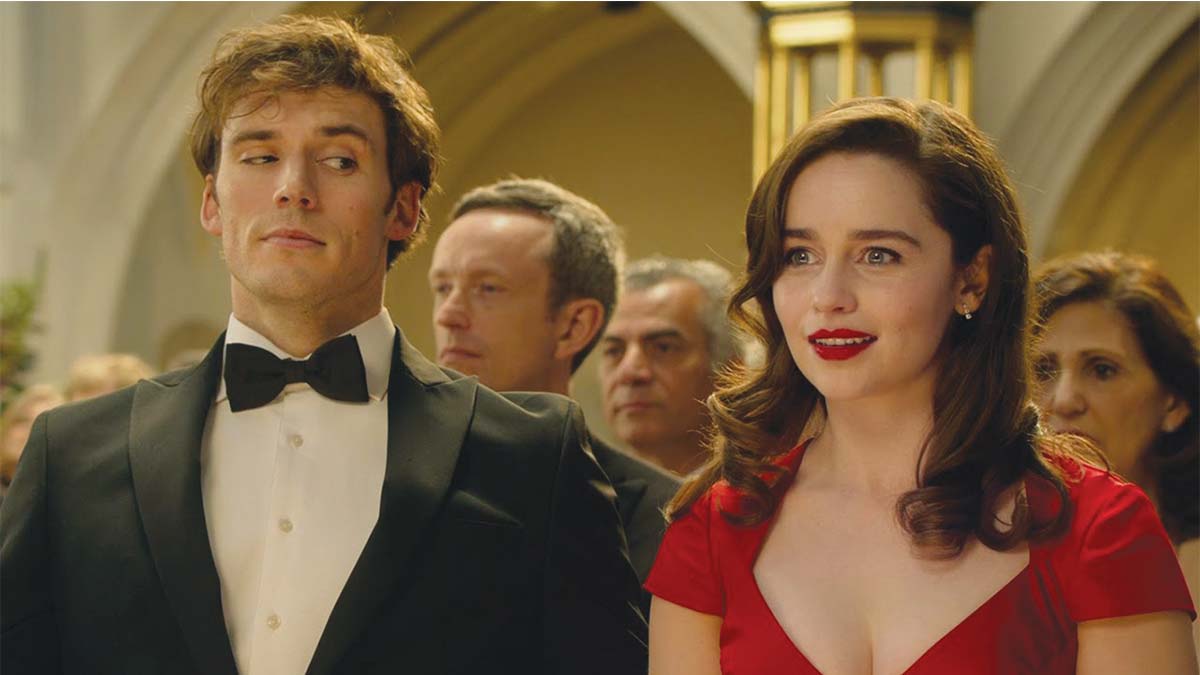 It sounds like a YA (Young Adult) story: goofy girl with a big heart and a bizarre fashion sense, witty but tragic young man, and lots of shoes. But the themes in Me Before You, based on the best-selling novel by Jojo Moyes, are adult in nature—the dignity of death vs. a severely compromised life. And rookie director Thea Sharrock, working from a script by Moyes, manages to make the film more palatable than expected.
She coaxes engaging performances out of stars Emilia Clarke and Sam Claflin. Keeping the focus on these two personalities, she takes the time to unfold the progress of their friendship—which becomes the heart of the story.
It’s a modern fairy tale with a poor girl, a rich boy, and a castle. Clarke stars as 26-year-old Louisa “Lou” Clark, who lives with her boisterous, working-class family in a small English village in the shadow of an ancient castle. (You’ll recognize actress Clarke’s full lips and expressive eyebrows as dragon girl Daenerys on Game of Thrones.) Undercharging sweet little old ladies for their crumpets at the tea shop where she works, Lou is stalled in a stale relationship with her genial but clueless jock boyfriend, Patrick (Matthew Lewis, formerly Neville in the Harry Potter franchise).
But the tea shop closes, and Lou is desperate to find work to help her family make ends meet, accepting a position that requires no skills with the wealthy Traynor family, who live in the manor house adjoining the castle. Lou hires on as companion to son, Will Traynor (Claflin), a former jetsetter, until a traffic accident two years earlier left him a wheelchair-bound quadriplegic.
It takes a long time for perky Lou and dry, acerbic Will to find common ground. She finds him mean-spirited and superior; he finds her gauche and ridiculous. (Especially the extreme hand-painted and decorated pumps she makes to go with every shabby-chic outfit.) Predictably, he rebuffs her attempts to show sympathy, and she resents his imperious attitude.
But, stuck with each other, they begin to form a grudging mutual respect, and a wisecracking alliance. Will allows Lou to shave off his scruffy beard, and takes her to his favorite spot in the world, the majestic ruins of the castle ramparts, where he played as a child. (In real life, luscious, sun-gilded Pembroke Castle, in Wales.) With Will’s physical caregiver, Nathan (Stephen Peacocke), along to help out, Lou gets Will out of the house to the racetrack, and to a concert. She takes him home to meet her family, and he charms them all.
When Will is invited to the wedding of his ex-girlfriend, he takes Lou along; their turn around the dancefloor in his wheelchair is the hit of the event. So it’s a big shock to Lou when she overhears Will’s parents (Janet McTeer and Charles Dance) arguing over Will’s decision to enter a death-with-dignity program in Switzerland. Which only makes Lou more determined to change his mind.
Clarke’s buoyant warmth is completely disarming, especially when she delivers a virtuoso comic monologue about life in the village. Claflin has a deft way of underplaying his one-liners—which makes them all the funnier, half a beat later, when we understand what he said. In support, the divine Joanna Lumley (from AbFab) trades a few hilariously tart quips with Lou at the wedding.
But the movie fails to make its case in the perceived hopelessness of Will’s situation. Yes, he’s immobilized, unable to bathe or eat by himself. But he’s also young, handsome, witty, smart, and rich—not exactly the ideal candidate for whom assisted suicide was intended. It would be useful if the filmmakers allowed Lou (and the viewer) to actually witness some of the crippling pain everyone tells her Will experiences when she’s not around to see it, or the courage it takes him to face another day.
They ought to at least have an honest, heartfelt conversation about it, instead of Will simply issuing decrees. But even then, the foregone conclusion that his life is not worth living is a major speed-bump in an otherwise fluidly told tale.

ME BEFORE YOU
**1/2 (out of four)
With Emilia Clarke and Sam Claflin. Written by Jojo Moyes, from her novel. Directed by Thea Sharrock. A New Line Cinemas release. Rated PG-13. 110 minutes.