.Soda Consumption the Lowest in 30 Years 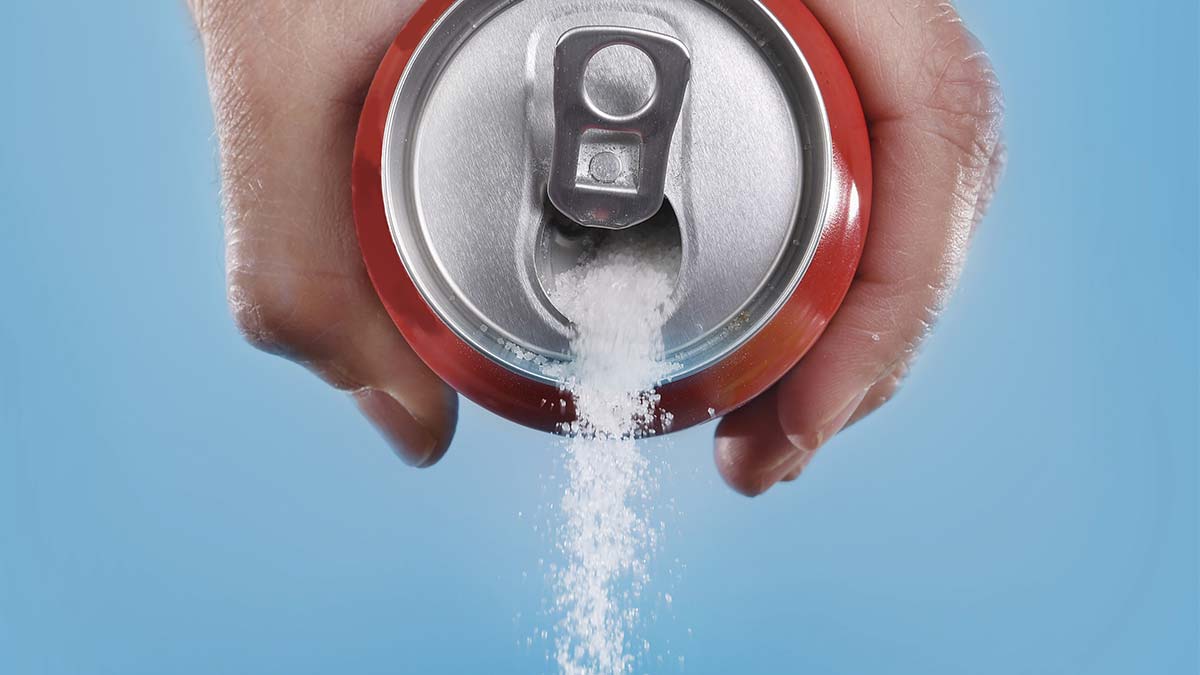 Soda has been interwoven into American culture since it first became popular in the 19th century. A cheeseburger and fries just aren’t the same without a fizzy beverage to wash them down. Half the fun of a pizza parlor is the beckoning call of the unlimited soda fountain, and how is one supposed to enjoy salty, buttered movie theater popcorn without a cool, sweet, refreshing soft drink to reset the palate? And don’t forget about mixed alcoholic beverages: liquors like rum, whiskey, vodka, and gin are often mixed with various forms of sweetened carbonated beverages like Coke and tonic water.
But while we’ve known for many years about soda’s sordid reputation for all things unhealthy, new research shows that Americans are collectively beginning to turn that tough behavioral corner and consume less of it.
According to a new report published in Beverage Digest, overall U.S. sales of carbonated soft drinks dropped 1.2 percent in 2015. Not only is this the 11th consecutive year that sales have fallen, the report also states that per capita soft-drink consumption in the U.S. is at its lowest level in 30 years. The three “sultans of soda” (PepsiCo., Coke, and Dr. Pepper Snapple) all reported falling demand in 2015 as well, with the steepest drop being PepsiCo.’s 3.1 percent decline.
That nationwide soft drink consumption has been consistently in decline over the last decade, even though Coke and Pepsi alone spent more than a combined $5 billion per year in advertising from 2012-2014, is encouraging for multiple reasons. For one, drinking less soda, or even quitting the habit entirely, can be extremely challenging. The cocktail of chemicals in soda—high sugar often paired with stimulating caffeine—lights up the pleasure and reward centers of the brain in a similar way to drugs like cocaine and alcohol, creating very real positive emotions that carry with them the potential for a biochemical addiction.
Given how difficult foregoing the fizz can be, it’s a valid effort to make, as many studies have linked soft drink consumption directly to poor health. The recent explosion of diabetes in the U.S., particularly the lifestyle-induced Type 2 variety, has long been at least partially blamed by doctors and researchers on too much soda consumption. Studies have also found links between the sugary substance and cardiovascular disease and cancer, as well as less serious conditions like tooth decay and heartburn.
Perhaps most interestingly of all is the obvious alternative that many are staying away from: diet soda. Once thought of as a viable, healthier and sugar-free alternative to standard soft drinks, diet soda consumption is declining even more rapidly than non-diet. In the Beverage Digest report, data showed that demand for the once ubiquitous Diet Coke and Diet Pepsi had each fallen almost 6 percent in 2015, about twice as much as regular Pepsi and six times as much as regular Coke.
This dwindling diet demand is in part spurred by consumers’ lack of trust in the safety of commonly used artificial sweeteners like aspartame (aka NutraSweet/Equal) and sucralose (aka Splenda). Results from studies on the health effects of these substances can vary, and conclusions are often muddled due to a wide range of unrealistic doses and that many studies are conducted on rats or mice, and not humans. But, as of now, the FDA does consider both to be safe alternatives to sugar, although public sentiment does not necessarily agree and the entire topic is quite controversial. But even if they are safe, diet soda has another nasty trick up its sleeve. This is because when a person drinks a diet soda, the tongue tastes sweetness which makes the body think sugar is on the way. In response, the pancreas releases insulin, but because diet sodas don’t contain any real sugar, all this insulin does is further lower blood sugar levels, setting up an even greater appetite and desire for sugar, and possibly contributing to overeating.
So now that many Americans have taken a hard stance against soft drinks and curbed their consumption, where do they turn? Some opt for fruit juice, and many are choosing vitamin waters or waters flavored with exotic ingredients like coconut instead. And although these choices can contain sugar too, they often contain less of it and provide more nutrients than traditional sodas. Many people also just want the refreshing pop-on-your-tongue carbonation sensation and nothing more, a trend evidenced by more and more restaurants now offering complimentary sparkling water along with regular still.