.Does Supervisor Zach Friend Talk Too Much Trash? 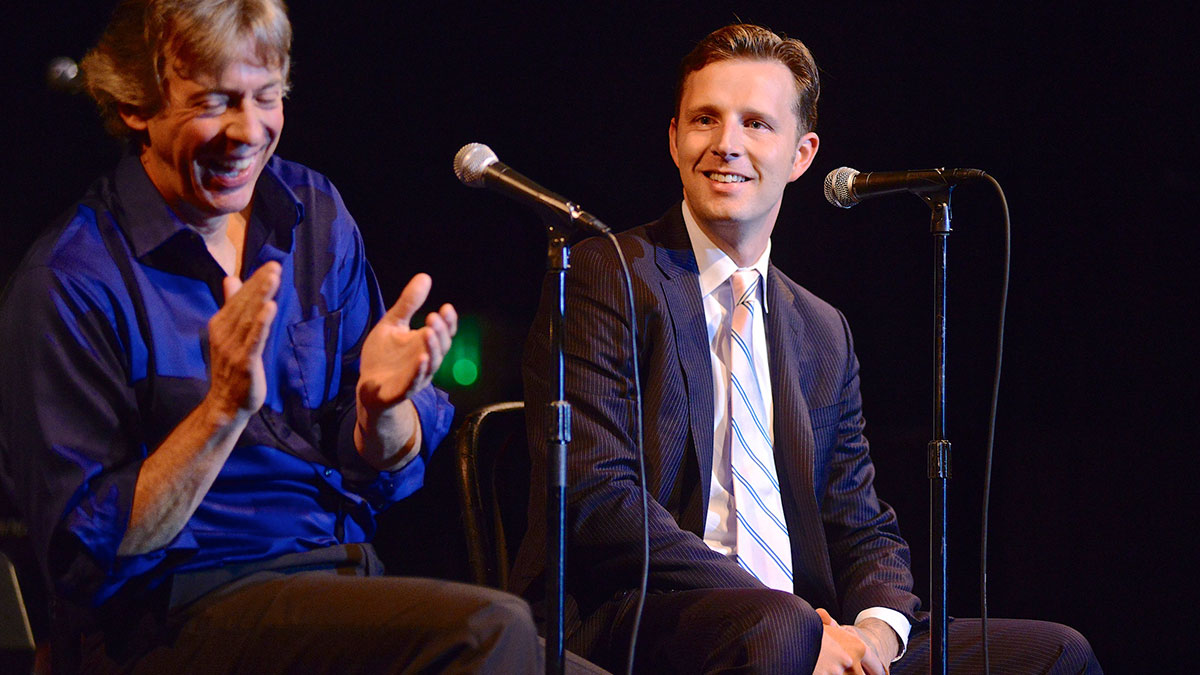 Comedian Richard Stockton remembers walking through the halls of the Santa Cruz Police Department several years ago, following the lead of Zach Friend, then the department’s spokesperson.

Stockton and Friend were collaborating on a humorous video for Stockton’s recurring live Planet Cruz Comedy special. As Stockton remembers it, a cop in a room behind them sneezed and blew his nose. Friend turned, pointed over his shoulder and said, “Dude! Get a better coke dealer!” Friend, who kept walking down the hall, barked it loud enough for everyone within earshot to bust up laughing, Stockton says.

“I don’t remember that, but I wouldn’t put it past me, because that’s funny shit,” says Friend, now a Santa Cruz County supervisor, who resumes his recurring role as a guest at Planet Cruz this Saturday, Nov. 23.

Stockton’s story encapsulates what’s perhaps the worst-kept secret in all of Santa Cruz County politics: Friend, who represents the county’s 2nd District and lives in Aptos, is a relentless shit-talker. “I guess all the stuff I say was going to catch up with me sooner or later,” he says.

Friend’s wit is quick enough that he often starts talking trash before the recipient even sees he’s there.

A few years ago, I was withdrawing cash from an ATM downtown when I heard a voice say loudly—again, to everyone within earshot—“Doesn’t it suck when you can only withdraw 20 bucks out of the ATM?”

Recognizing Friend’s voice, I spun around once the machine spat out my money to see him strolling down Pacific Avenue alongside his wife Tina, then Santa Cruz’s deputy city manager. I fanned out two crisp $20 bills. “Look!” I said. “There’s 40.”

“Guess they let you overdraft, then,” Friend replied with a shrug, never breaking his stride.

Friend doesn’t remember this interaction, either, but hearing the story cracks him up. He says he doesn’t think of his remarks beforehand, and that he can’t explain the ways his brain works or how he thinks of the quips that he does—let alone why he says the things he does. He nonetheless believes that the run-in on Pacific shows that he thinks I’m underpaid for the work that I do. “I also think it’s ridiculous that ATMs won’t let you withdraw tens, but that’s another issue,” Friend quickly adds, his voice trailing off.

Stockton says he sometimes wonders how Friend would fare should he continue his rise through the ranks in the world of politics. Stockton’s curious whether the supervisor’s biting sense of humor and off-the-cuff remarks might hurt him in the long run. He notes, however, that recent presidential candidate Beto O’Rourke was known to let a few F-bombs fly and still attracted wide-ranging support before dropping out at the beginning of November.

Friend says he’s found that voters want leaders to be real. “Inauthenticity is one of the biggest turnoffs to people who are in elected office,” he says.

There’s value, Friend explains, in a politician being open about who he or she is and what their values are. He also believes that he doesn’t change much from one situation to another, whether he’s on the dais, at a private event or meeting a reporter for coffee. “It just makes the days and nights a lot easier, because you’re not trying to figure out who you are in any given context,” Friend adds.

At DNA’s Comedy Lab this Saturday night, Stockton and Friend will riff on serious topics like housing, homelessness and environmental policy, with Stockton running a loosely rehearsed Q&A segment with the supervisor. They’ll also be taking topics from the audience. Friend says the scene wouldn’t work if the bits were tightly scripted.

Stockton’s Planet Cruz Comedy special, which has been running on and off since 2007, will also feature performances from fellow comics Sven Davis, Emily Catalano, “Larry Bubbles” Brown, Diane Amos, and DNA, as well as singer Alan Heit.

Friend isn’t the only politician Stockton has brought on his show. In previous years, Stockton featured Friend’s fellow county Supervisor Ryan Coonerty, who represents the city of Santa Cruz and the North Coast. Coonerty is funny, too, Stockton adds.

Onstage, Stockton’s persona is one of a pot-smoking burnout. Most of his stand-up material focuses on trying to get at the environmentally friendly, socially conscious and stoned-out id of Santa Cruz, or at least the stereotypes that surround the liberal town.

Friend, with his nice suits and his political background, provides a contrast with that vision of Santa Cruz. Stockton says riffing with the supervisor helps him in his effort to dig into the essence of the town. “It’s a way to bring real Santa Cruz into the show,” Stockton says.

Having watched their segments a few times, I’ve seen Stockton and Friend fill familiar roles in their two-man act, with Stockton playing the part of the goofball always going for the laugh. The more buttoned-up Friend sets up the punch lines as the straight man. (“Whoa! Is that an anti-Pete Buttigieg comment?” Friend facetiously asks me over the phone.)

Friend comes off as the more serious one, so the arrangement allows for Stockton to play an exaggerated version of his hippie self.

“I’m a communist who’s learned how to live in a capitalist world,” Stockton says. “Zach is a straight arrow. That’s good for us comedically. He gives me a hard time about my pot, and I give him a hard time for not smoking pot.”

Friend says there’s an added comedic wrinkle, in that he generally comes across as more off-the-cuff and more biting than what the typical voter might expect from a county politician.

Stockton concedes that he and Friend—a longtime local Democratic leader, going back even before his days in elected office—don’t see eye-to-eye in some areas.

Friend, for instance, doesn’t have the most liberal record on cannabis issues. This past spring, the supervisor voted against a county law change that aims to allow more cannabis businesses to come into the fold legally, but it passed anyway. Friend says it’s a complicated topic, and one that involves taxes, various environmental concerns and artificial timelines mandated by the state.

Stockton does say many of his friends ask him about his support of Friend, arguing that the supervisor isn’t even all that liberal. But the comic says that he trusts Friend’s judgment.

“If he’s governor some day, when the shit really comes down, I think he’ll make the right decision,” Stockton says. “I believe it. I wouldn’t do it if I thought he was an asshole.”