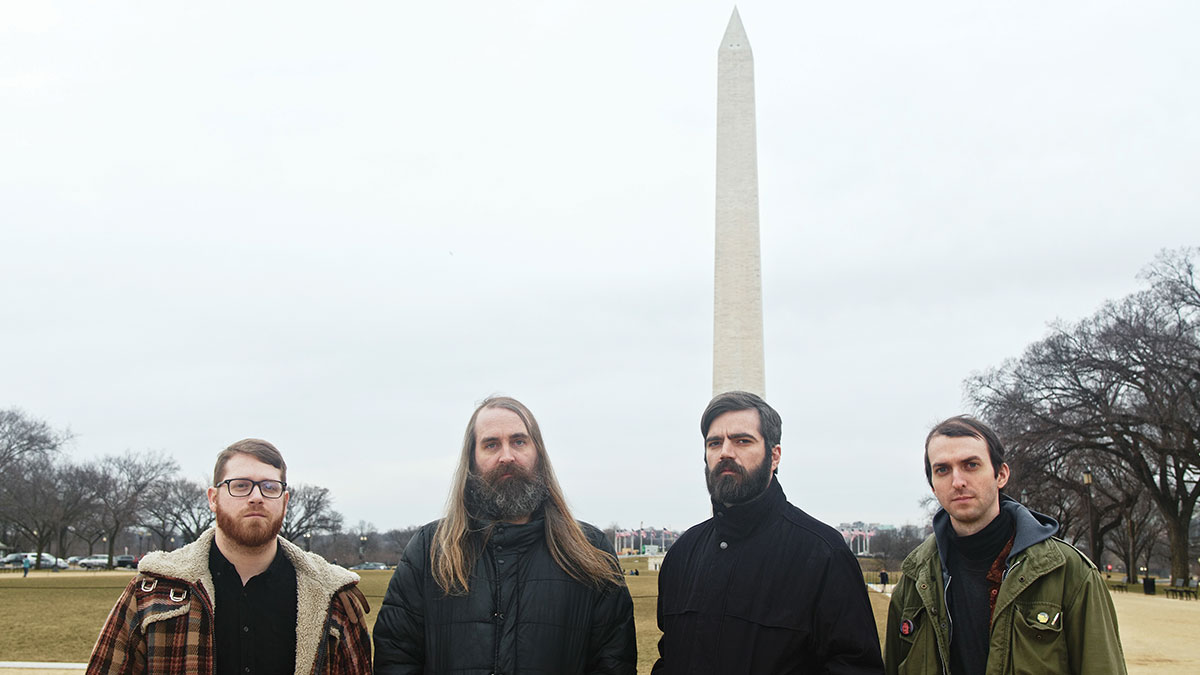 Punk music doesn’t get much more high concept than Titus Andronicus. By the time the New Jersey upstart released its second record in 2010, there were already album-length metaphors, recordings of abolitionist speeches and 14-plus-minute odes to naval warfare—all to chart the tumultuous interior of the soul.

The band’s career has been defined by unexpected choices that few else would dare (or want) to make. In 2015, there was a double-album about manic depression, which was meant to be listened to out of order. Last year came a cover of “Like a Rolling Stone” (by, you know, Bob Dylan), with key lyrics replaced: “I know what it’s like to be a rolling stone,” and: “I’m feeling like Mick Jagger!”

But with the release of An Obelisk, the group’s sixth album, Titus’ boldest move is grammatical.

“I used to be very fond of using the definite article ‘the,’” says lead singer Patrick Stickles, from his home in Queens. “We have albums called The Monitor, The Most Lamentable Tragedy. But as I got older, I started to think, ‘Gee, I got a lot of nerve. Here I am using this definite article. Maybe people are taking that as me trying to present my experiences as somehow definitive.’”

Stickles says he’s a normal guy, someone whose career just so happens to involve music.

“The only real difference between me and the common person is that I’m externalizing my experiences by way of art,” he says.

Taking his own indefiniteness a step further, throughout An Obelisk, Stickles sings from the perspective of a vague narrator, an angry loner called Troubleman who “used to be a problem child” and now rages against society, insincere rock music, and (Stickles’s most constant target) himself.

“The narrator is a singular individual,” he says. “Very average. He is a dude, rather than the dude. Even though he’s not special, he has his own understanding of the conflict between the individual and society, which is the central conflict of the narrative.”

Narrator Troubleman tells us, “I’m not sick, it’s the world that is” on (aptly-named) single “(I Blame) Society.” “They think that we are spineless, I think they are all cheats/It seems the Earth is speeding swiftly towards a grave catastrophe.”

If that sounds like Stickles himself, he says that’s intentional.

“All the feelings expressed by my character, those are my real feelings,” he admits. “I’m presenting them in an exaggerated way. I like to create art that exists in a heightened reality.”

Musically, An Obelisk definitely feels heightened. From the opening chord to the final drum fill, it is a white-knuckle ride. Stickles and company keep the energy high as Troubleman relentlessly spits and stumbles towards his awakening on the Clash-like finale “Tumult Around the World.” The opening trio of “Just Like Ringing a Bell,” “Troubleman Unlimited,” and “(I Blame) Society” fly off with particularly thrilling ease—the best possible ravings of a madman.

And while reviewers have roundly declared it a more concise record than the band’s previous  gargantuan statements, An Obelisk still finds plenty of room to spread out. On shuffling pub rocker “Hey Ma,” the band vamps on chords for a solid minute and a half, building pressure until the whole thing explodes into bagpipes (another Titus favorite). On emotional eye-of-the-storm “Within the Gravitron,” they take a lengthy side quest through a sludgy passage of minor chords, queasily toiling in the muck until the narrator finally catches a clear glimpse of himself, declaring once and for all: “If you’re looking for Troubleman, nothing can show you like a mirror can.”

Once again, if that sounds like Stickles himself, so be it.

“Even if I tried to put a certain amount of distance between myself and my art, I still recognize that I’m only equipped to speak about my own experiences,” he says. “To try and create a whole new narrator that has a wholly different perspective would be disingenuous and probably foolish. Furthermore, I contend that objective reality is illusory.”