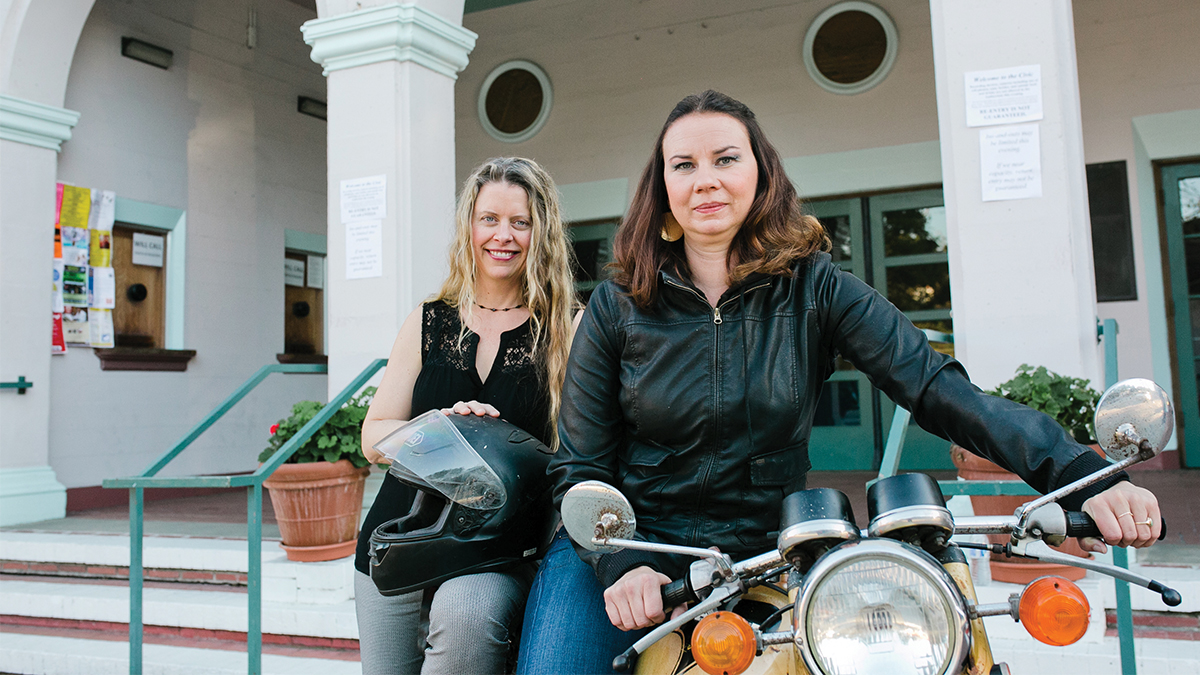 [dropcap]T[/dropcap]wisted Tasting, started by Emily Thomas of Santa Cruz Mountain Brewing, is an annual event that started in 2011 to honor the craft of making unusual beers and other alcoholic drinks. There was no Twisted Tasting last year, but it’s back this year on Feb. 17, stronger than ever. Thomas explains what to expect when you’re expecting some truly different beers.

EMILY THOMAS: Twisted Tasting showcases the local breweries, but also I would go out and bring back all of the crazy beers I could find from my travels and pour them at the event. I think the first beer that inspired me was at Great American Beer Festival 11 years ago. It was a porter with bacon and it was from a brewery called Right Brain in Michigan. It was actually pretty good. It had some of the smoky qualities of bacon with the porter. It opened my eyes to a lot of different things that could be done with beer.

What’s something that’s been featured at Twisted Tasting that epitomizes what this event’s about?

For us, one of our favorite beers that we made for Twisted Tasting is called Madame Grey. It’s a milk stout that we brewed with Earl Grey tea. It just came out so well. It’s so interesting that we keep brewing it every year. There was one year that Brewery 25 did a Thai Stout. They used lemongrass and coconut. I remember Discretion did something with rosemary one year. It’s just a unique experience for brewers, I think. I think it gives breweries the flexibility to be creative.

How has it evolved over the years?

When I started, there were probably five local breweries, so I pulled more from the region. I went out to get beers from Belgium and Oregon and San Diego and bring them back and pour them. This year it’s 99-percent local breweries. There’s one brewery that isn’t from Santa Cruz. It’s Moonlight, and they’re from Santa Rosa, and they’re just really good friends of mine. We change the theme every year, which is fun for us. This year we’re trying to create a New York disco/Studio 54 feel with the Civic. So that really challenges us to take a blank auditorium and transform it. Some people get inspired by beers that they’ve recently tasted, or ingredients that they just found at the Farmers Market. For us, we’re trying to come up with some unique stuff that reminds us of the ’70s, like Champagne bubbles—mess around with some molecular stuff that plays on jello shots and that kind of stuff. Another thing is that pop-ups have really changed. That really goes with our theme to create the New York City street food—you go hit up the hot dog cart or the taco stands or Halal or whatever. In the past, we focused on pairing. This year we’re changing that up. The drinks are on their own, and it’s about showcasing these pop-up folks and what they can do.