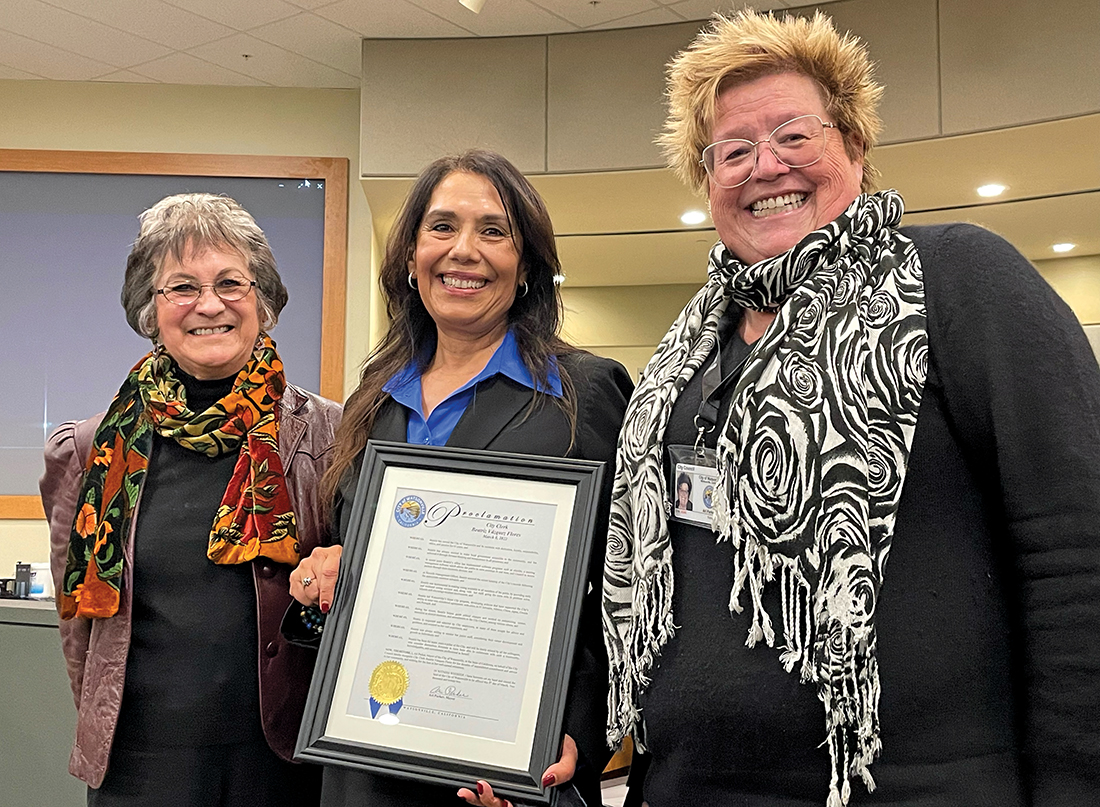 “I never saw her have a bad day at the office. I’m sure she did, but it never seemed to interfere with her work,” said Smith, who worked hand-in-hand with Vasquez Flores for the majority of his quarter-century as the City’s legal counsel. “We’d argue with each other sometimes and we’d laugh together, even in the most exasperating circumstances.”

Vasquez Flores started her career with the City as an intern with Watsonville Police Department at 18 and worked her way up to the executive team. She has served as the Watsonville City Clerk for the past 14 years, handling the City elections and supporting the city council in various capacities. She attended college while working for the city and raising three sons, earning her bachelor’s degree in 2015.

In an emotional speech, Vasquez Flores thanked dozens of co-workers, city council members, friends and family for helping her throughout her four-decade career. She gave a special thanks to her son, Kristian Flores, who attended college courses with her and helped her with homework.

“I love this community and I love serving the community that I grew up in,” she said. “I’m going to miss everyone.”

Many who spoke Tuesday said that Vasquez Flores was inspirational for the way she balanced work, school and her family. It wasn’t out of the ordinary for Vasquez Flores to answer phone calls and text messages from city council members on the weekends or while she was on vacation—even when she was across the globe in Paris.

Bersamin and Rivas said that Vasquez Flores, as one of the few Latinos in Watsonville’s executive team when they were in office, was also an inspirational figure for Watsonville’s rising Latino and Chicano leaders. Smith lauded Vasquez Flores for her commitment to transparency, public access to government proceedings and free and fair elections.

“No one has done more for the city than you have,” Bersamin said.

Friday is Vasquez Flores’ final day with the City.

The city council will appoint her replacement in the coming weeks.

In retirement, she says she wants to continue traveling with her husband, Ramon, to scenic hiking locations around the globe. This year, they are planning to go to Japan and Korea when those countries lift Covid-19 restrictions and also do a section of the famed Camino de Santiago in Europe.

Next ArticleNominations for ‘Be The Difference’ Awards Open