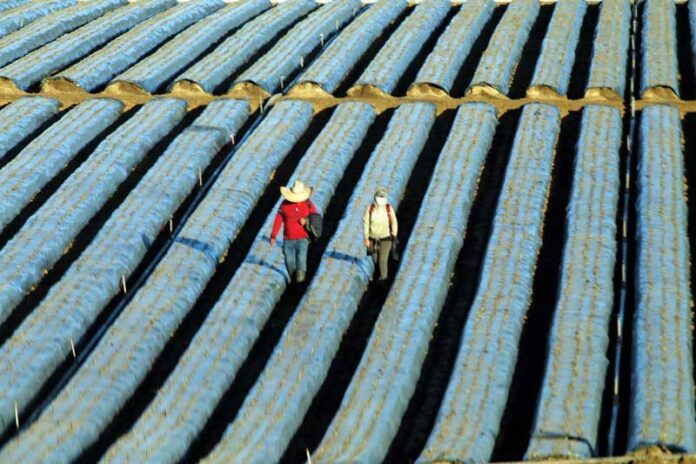 SANTA CRUZ COUNTY—The 2020 Crop Report for the County of Santa Cruz has been released, detailing the region’s agricultural commodities during one of the most challenging years on record.

The Crop Report is presented each year by Agricultural Commissioner Juan Hidalgo through the Department of Weights and Measures, in accordance with the provisions of Section 2279 of the California Food and Agricultural Code. It represents estimated acreage, yield and gross values of products grown in Santa Cruz County.

The total gross production value of Santa Cruz County agricultural commodities for 2020 was $636,032,000, representing an increase of 1.7% from 2019. Gross production yield and value is influenced by factors such as weather, labor and the marketplace.

A number of issues influenced local agriculture in 2020, from Covid-19 to unusually hot temperatures and devastating wildfires.

“At the start of the pandemic, we really didn’t know where things would go,” Hidalgo said. “We weren’t sure what to expect.”

Berries once again came out on top, with strawberries remaining the number one crop in Santa Cruz County despite a slow kickoff at the start of the pandemic. Strawberries’ estimated value was about $193,911,000, with raspberries trailing at $139,934,000. Berries saw an overall increase of 6.4% compared to 2019, representing 60% of total gross production.

“We were really surprised and happy to see that the losses in our industry were minimized, to a certain extent,” Hidalgo said. “Berries increased and veggies did OK, too. To be able to see an increase in any way during a pandemic is a very good thing.”

Vegetable production was stabilized in part by consumers buying more directly to cook at home, Hidalgo said, instead of going out to eat at restaurants.

“There was a definite transition from most leafy veggies grown for restaurants shifting to retail,” he said. “We were glad to see a lot of support from the community; they supported local agriculture. Plus, federal and state funding made a big difference.”

Areas that did not fare well were cut flowers and greens. Hidalgo says this is mostly due to events such as graduations, weddings and memorial services being canceled. Apple production was severely impacted by the late summer/early autumn 2020 heat waves, with close to 50% losses. Wine grapes suffered due to smoke taint and some burning from various wildfires, including the CZU Lightning Complex in the Santa Cruz Mountains.

According to Hidalgo, it is estimated by Cal Fire that about 80,000 acres of timber also burned—including large swaths of Christmas tree farms—equalling to about $345 million losses to the industry.

“It is a loss that will be felt for decades to come,” Hidalgo explained, “since only [a certain] amount of timber can be harvested every year.”

In a press release sent out with the report, the commissioner emphasized that the figures presented in the report do not include costs such as labor, land preparation, irrigation, pest management, transportation, cooling, marketing, equipment, regulatory costs or individual operation losses.

They also do not reflect the total contribution of agriculture to the county—farm employment and other services add “significant value and benefits to the local economy.”

“It’s so important to recognize our ag workers and growers in the area,” Hidalgo said. “They really saved our communities. They stepped up. They were essential workers from the beginning; without them our community would have been in a much worse situation. We honor their tremendous efforts and sacrifice in these scary and challenging times.”