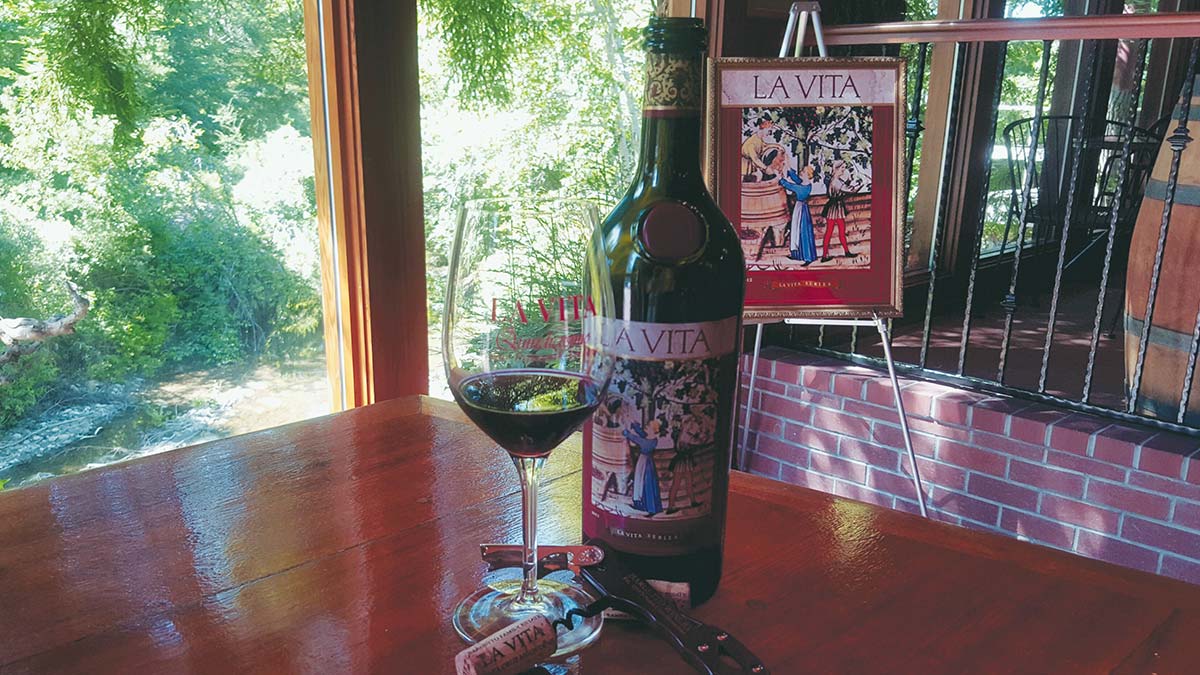 The annual La Vita release party at Bargetto Winery in June is always a sell-out affair. I found a good spot in the shade, picked up my complimentary wine glass and plate of food (included in the ticket), and began tasting their splendid wines.
But what everybody’s really waiting for is not just the release of the La Vita, but also the unveiling of the La Vita label—each year it’s a beautiful piece of art. As John Bargetto revealed the La Vita 2012 wine label, people were delighted with its Arabian theme. “It’s a 13th century piece on vellum—Arabic school—named the Grape Harvest,” says Bargetto. “The actual piece came from Baghdad.”
“La Vita wine is our finest effort in winemaking,” adds Bargetto, “from growing the grapes, to producing the wine to designing the unique package.” And although the label is certainly impressive, best of all are the contents of the bottle—the exotic wine itself—a unique blend of 49 percent Refosco, 30 percent Nebbiolo and 21 percent Dolcetto. Kudos are due to winemaker Olivia Teutschel for creating this superior nectar—one that Bargetto calls a “rich vintage.”
As the 2012 La Vita ($60) is officially released, Bargetto Winery also released one bottle from each of 14 previous vintages, adding even more pleasure to the delightful afternoon.
The Bargetto family has always supported the community, so it came as no surprise that John Bargetto announced that he is running for a position on the Soquel Creek Water District board, which, as it happens, was co-founded by his father in 1961. Let’s drink a toast to that!
Bargetto Winery, 3535 N. Main St., Soquel, 475-2258. bargetto.com.

Three wineries will celebrate the opening of their new tasting facility from noon to 5 p.m. on Saturday, July 2. A collaboration of Comanche Cellars, Cima Collina and Sinecure Wines, the tasting room is close to Highway 1 and located in the Marina Business Park. The cost is $15 per person, which includes three tastes at each winery. A tri-tip sandwich, salad and a cookie is $15, with proceeds benefiting Best Buddies International. Visit urbanwinerow.com for more information.