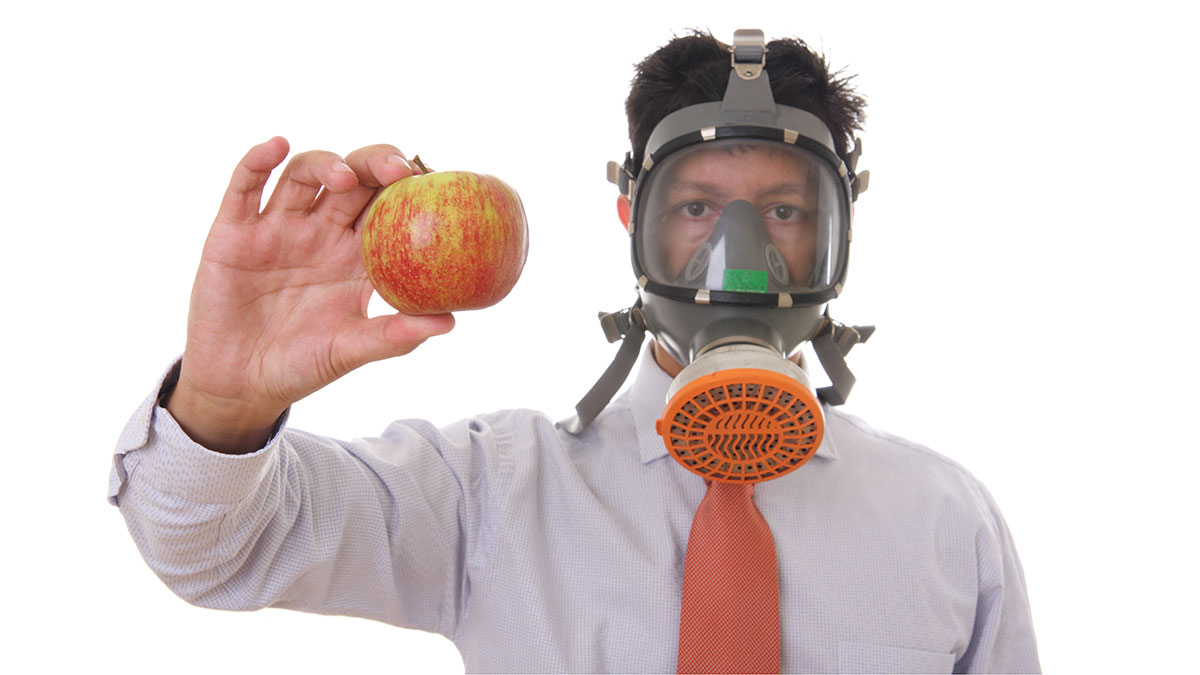 Standard nutrition recommendations for a healthier diet usually start with the advice to eat more vegetables and whole grains, and less junk food. But what if the vegetables and whole grains that we are supposed to be eating are actually becoming junk food? The problem sits at the intersection of nutrition and climate change: rising atmospheric carbon dioxide (CO2) levels are depleting our produce of nutrients, and it could have severe consequences worldwide.

While climate change may occasionally be a controversial topic despite all the scientific evidence, one fact that is undisputed is that atmospheric CO2 levels are historically high and continuing to rise. According to the scientifically renowned Scripps Institute’s Keeling Curve, which measures atmospheric CO2, the latest reading, taken on Oct. 6 at the Mauna Loa Observatory in Hawaii, showed that levels are slightly over 400 ppm (parts per million). According to Scripps data, from at least 10,000 years ago up until the mid-1800s, the atmosphere had a pretty stable CO2 level of around 280 ppm. But then the Industrial Revolution really started cooking and about 150 years later, here we sit at 400 ppm—many scientists believe that in the next 50 years levels will reach 550 ppm or more.

Not only a major cause of ocean acidification, which is itself catastrophic to marine ecology, rising CO2 levels may also have drastic effects on land. According to an emerging body of scientific evidence, growing CO2 levels is not only increasing the amount of carbohydrates and sugars in many of our staple crops, but also decreasing their protein and mineral content.

Perhaps the first and still one of the most internationally prominent researchers to look at the problem, mathematical biologist Irakli Loladze, Ph.D., published a paper in 2014 that was a landmark study in the field and examined the link between rising CO2 levels and nutrient levels in plants. His meta-analysis included more than 7,500 observations across 130 species of plants. Results showed that an increase in atmospheric CO2 resulted in not only lower mineral and protein levels in the plants, but also more carbohydrates in the form of starches and sugars.

In 2015, another meta-analysis published in Nature by Dietterich et. al, also demonstrated that elevated CO2 levels resulted in decreased amounts of minerals like zinc, iron, calcium, and potassium in many of our staple crops such as wheat, rice, barley, legumes and potatoes. These studies also found that protein levels dropped significantly in many crops as well. Much of the data gathered in these analyses comes from FACE (free-air carbon dioxide experiment) studies, which compare crops grown under normal and current conditions against a similar nearby crop grown under elevated CO2 levels.

And while the curtain is only now being pulled back on this global phenomenon, when its ripple effects into other already problematic areas are considered, the situation becomes even more concerning. Many people, especially those living in developing nations, consume much of their protein from plants. Rising CO2 levels causing a drop in plant protein levels worldwide would mean hundreds of millions more people at risk for protein malnutrition. The same goes for minerals like iron and zinc, for which worldwide deficiency is already a major problem.

Even in people who often consume enough calories, a type of malnutrition known as “hidden hunger” can still be common because people aren’t getting enough nutrients from plant-based diets lacking in variety. That plants are becoming less nutritive only compounds this problem. That many staple crops are also becoming higher in carbohydrates is worrisome as well, given the fact that scientific evidence links their over-consumption with obesity, type 2 diabetes, cardiovascular disease, and cancer.

While a 2014 meta-analysis published in The British Journal of Nutrition found that organic food was more nutritious than conventionally grown food, both types of crops are “breathing in” the same air, so while buying organic could help get more nutrients into the diet, perhaps it can only go so far.

Perhaps the glimmer of hope in all of this news is that the scientific community is becoming more aware of the problem, and starting to research it thoroughly and look for solutions—such as breeding more nutritional crops that may mitigate the effects of being grown in a CO2-rich environment. Hopefully, a more complete picture of how rising CO2 levels affects the levels of protein, minerals, vitamins and other nutrients in plants will emerge. But at this point, the field of research is in its infancy, and there are far more questions than answers.

Next ArticleImmigration Expert Ali Noorani to Speak at Allterra Solar