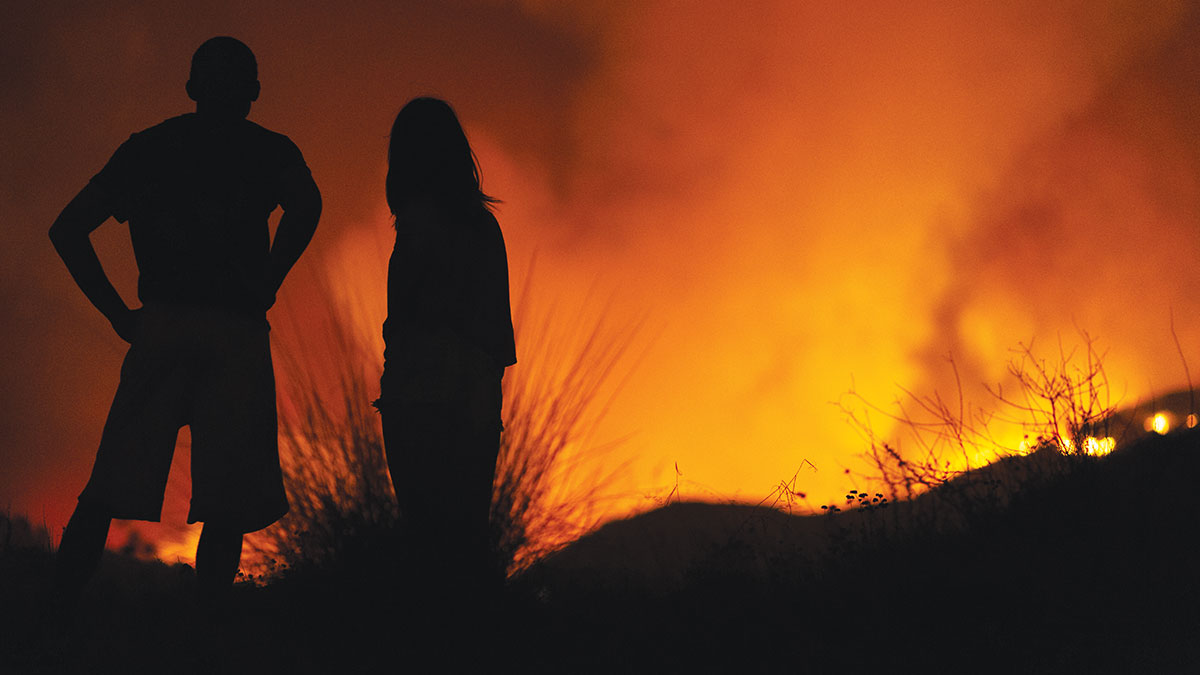 Wildfires are ravaging California, incinerating homes and spurring large-scale evacuations and mass power blackouts. Then there are droughts that dry out landscapes and lead to water shortages. When the rains do come, powerful storms can cause flooding. All the while, coastal residents are left to worry about rising seas, faster erosion, and warmer, more acidic oceans.

With all these doomsday scenarios to consider, it’s worth asking: What’s climate change doing to our mental health? Enter the world of “climate grief.”

This genre of existential dread is real and growing, fueling depression, anxiety or both, according to a fast-evolving body of psychological research. A 2018 Yale survey found that 62% of Americans are at least “somewhat worried” about global warming, and 21% are “very worried.” The latter figure has almost doubled since 2015. Meanwhile, only 6% of those surveyed believe that humans can and will successfully reduce global warming.

The American Psychological Association (APA) has also recognized the rise of climate grief, and in 2017 released an extensive report on the issue. “When you think about climate change, mental health might not be the first thing that comes to mind,” the report’s authors wrote, though “The health, economic, political, and environmental implications of climate change affect all of us.”

That’s exactly why Michelle Merrill created Novasutras, a climate support group of sorts that recently expanded to Santa Cruz. Founded online in 2017, the organization now aims to establish in-person communities to bring people together and “co-create spiritual practices based in nature,” Merrill says, or more simply, “a way to connect and drop into a community where they know everyone gets it.”

“Climate grief is one of the subcategories of ecological grief,” Merrill adds. “It’s very present right now, because we’re very aware of the effects of climate change. People are realizing that it’s an existential threat, and that there’s a possibility of human extinction.”

This sobering sentiment is echoed by ongoing research right here at UCSC on accelerating climate-linked animal extinctions. From a policy perspective, the 2018 U.N. Climate Report stated that without “unprecedented” action, catastrophic conditions could materialize as soon as 2040.

A recent example that hit close to home were the large-scale power blackouts, aka “Public Safety Power Shutoffs,” by utility Pacific Gas & Electric—a precautionary move to prevent power lines from sparking wildfires in windy conditions, the company said—that left large portions of Santa Cruz County in the dark for days. The collective anxiety was omnipresent, taking on an almost apocalyptic feel. And PG&E says that blackouts like this could become the new normal in California for at least the next decade as it works to shore up outdated infrastructure.

On a global scale, Merrill is also tracking what she calls “climate apartheid,” where the poorest communities are hit first and hardest by environmental tumult.

“We’re seeing this, we know it could happen to us, and we empathize with those affected,” she says. “It’s the constant sense of things getting worse, and a lack of confidence that things will get better.”

Still, humans are resilient and adaptive. There are ways we can cope with climate grief.

“The first and most important thing to recognize is that you’re not alone,” says Merrill. It’s important to acknowledge grief about climate change with others, she explains, while realizing that there are also many reasons for gratitude and joy.

There are now groups like Novasutras, Extinction Rebellion and others not only in Santa Cruz but worldwide, and awareness of the human toll of self-inflicted climate peril is growing.

“It’s very much something we talk about now, more so than three-four years ago,” says Merrill. “Amongst people who are already climate-aware, people are talking about their grief more.”