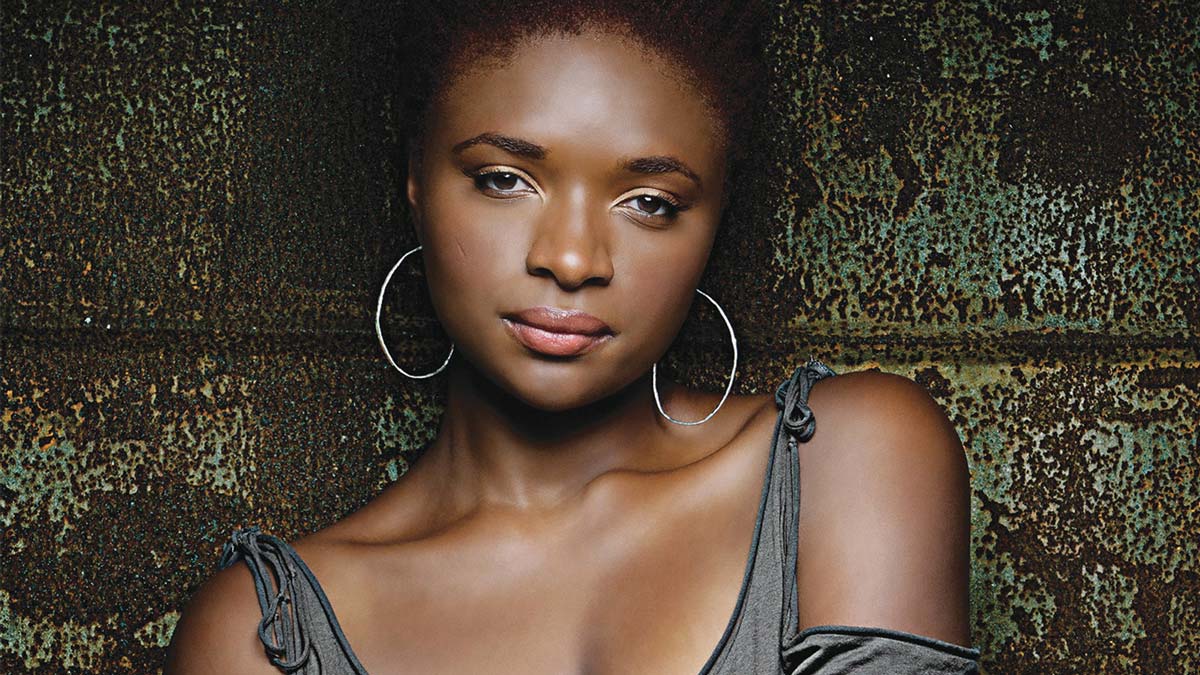 The farther Lizz Wright gets from her gospel roots, the more sustenance she seems to draw from the rich red soil of her native Georgia. Her new album Freedom & Surrender is the latest step on a journey that has taken the self-described “country jazz” vocalist with the molasses-steeped sound from her home in Atlanta to Brooklyn’s polyglot scene, where she’s absorbed a myriad of influences.
Produced by Larry Klein, who’s responsible for memorable albums by artists such as Joni Mitchell, Tracy Chapman, Madeleine Peyroux, Herbie Hancock, Shawn Colvin, and Melody Gardot, Freedom & Surrender features an array of sensuous songs that promiscuously mingle soul, jazz and pop (including a haunting version of Nick Drake’s “River Man” and a midnight-sultry take on the Bee Gees’ “To Love Somebody”).
Part of what makes Wright such a powerful singer, aside from the sheer jaw-dropping beauty of her voice, is her gift for infusing even the earthiest material with a glint of the sublime. “Gospel music is, thankfully, an inescapable root that informs my approach to most everything,” says Wright, 36, who performs Saturday at Kuumbwa (a concert previously scheduled for the Rio Theatre). “Even more than a heaven-facing kind of blues, it’s about an earnestness that speaks of the tender resilience of the human spirit.”
Since the release of her 2003 debut album Salt, Wright has forged creative alliances with a loose confederation of similarly soulful artists, from singer/songwriter Toshi Reagon and bassist/composer Meshell Ndegeocello to violinist Regina Carter and vocalist Gregory Porter (who joins her on Freedom & Surrender on her amorously animated “Right Where You Are”).

Part of what makes Wright such a powerful singer, aside from the sheer jaw-dropping beauty of her voice, is her gift for infusing even the earthiest material with a glint of the sublime.

She’s worked with smart producers before. Drummer Brian Blade and keyboardist Jon Cowherd co-helmed her debut album, and the visionary Craig Street added gorgeous acoustic textures to her 2005 follow-up Dreaming Wide Awake and her sumptuous 2008 masterpiece The Orchard. For her new record, producer Larry Klein revealed a different facet of Wright’s sensibility, a sound sanctified and otherworldly.
“As an artist, you feel throughout the process that Larry’s offerings are at your service,” Wright says. “It’s possible to come out of a project with him feeling that you’re more of yourself than you were at the start.”
Klein is most effective at framing her original songs, which predominate on the album. In many ways, composing is as foundational to her art as the church.
Performing in choirs throughout grade school, she wrote her first song for her high-school graduation, where she was the ceremony’s featured performer.
Jazz first caught her ear on the radio, particularly Marian McPartland’s award-winning NPR show Piano Jazz. “The thing that got me about jazz is that I heard a lot of the sounds and ideas I’d heard in church,” she says. “The soulfulness and the interpretation, just little riffs and ideas, it all sounded kind of familiar to me. But people were singing about other things, about secular life, and it really interested me.”
Wright spent a year at Georgia State University in Atlanta majoring in music performance, but she wasn’t interested in studying classical music and the school didn’t have a jazz program. After a brief move to Macon, she came back to Atlanta and joined the jazz combo In the Spirit, a band of musicians who played in church on Sunday and worked on the jazz scene during the week.
She first gained widespread notice in the summer of 2002 through her appearances at a series of Billie Holiday tribute concerts, making a lasting impression at Chicago’s Orchestra Hall with her soul-inflected versions of Lady Day’s masochistic classic “Don’t Explain” and the tormented standard “I Cover the Waterfront.” A week later, she wowed the Hollywood Bowl.
Still a work in progress, Wright continues to extend and deepen her sound via encounters with veteran masters, like a fateful backstage encounter with folk legend Odetta at a Carnegie Hall tribute to Nina Simone.
“I’m a very independent spirit,” Wright says. “But I’m beginning to respect and understand the power of lineage.”