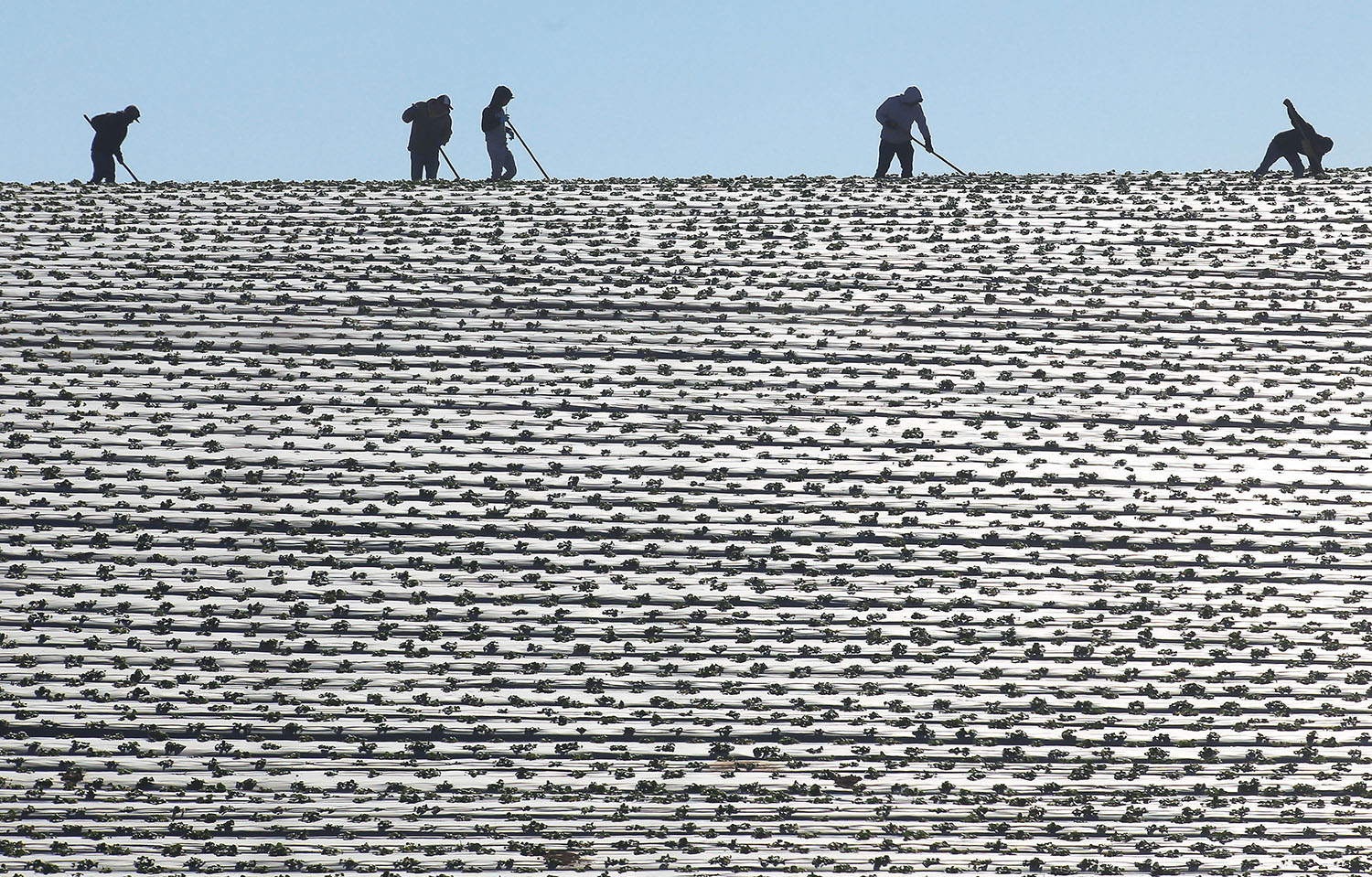 Santa Cruz is one of four counties in the state to try out pesticide notification pilot projects. For a certain class of pesticides known as California Restricted Materials, growers must submit notices of intent to the county agricultural commissioner’s office 24 hours before application.

The information sometimes becomes public after the applications, but never before. Activists across the state have protested the lack of transparency for years, and called for public postings.

The 2021/2022 state budget contains $10 million in funding for the creation of a statewide system by the Department of Pesticide Regulation. DPR plans to launch the statewide notification system in 2024. In the meantime, county agricultural commissioners in Santa Cruz, Riverside, Stanislaus and Ventura will design programs to test locally.

The program in Santa Cruz will focus on the area surrounding the Senior Village Community in Watsonville. Santa Cruz County Agricultural Commissioner Juan Hidalgo estimates it will cover around 1,400 homes.

The county still has not decided on a notification method yet.

“We’re at this point considering having the community within the pilot area have the ability to sign up to receive notifications,” says Hidalgo. “And those are going to be either through text, or potentially email.”

The county might also create a website that will provide more information about the pilot and pesticides.

“It’s kind of a compliment to our current regulatory process and being able to enhance what protections are currently in place,” says Hidalgo. He adds that the notifications are not meant to scare people and that the county has strict pesticide regulations.

But local activists see things differently. In a Jan. 19 letter to Hidalgo, organizers from Safe Ag Safe Schools and other local nonprofits wrote, “We are concerned that your characterization of California as having ‘the most robust pesticide regulatory program in the nation,’ might mislead the public about our level of protection.”

“While California may indeed be among this country’s leaders in many aspects of pesticide regulation, it is the leader of a poorly regulated nation,” the letter reads. “Dozens of countries better protect their residents from pesticide harms simply by banning the worst of them.”

The county does use a number of pesticides that are banned in more than a dozen countries. The pilot program will alert participants to the application of three pesticides: chloropicrin, 1,3-dichloropropene—known more commonly as telone—and metam potassium.

Exposure to these fumigants can potentially cause irritation to the eyes, skin and respiratory system. High exposure to some of them could cause cancer.

The pesticides covered in the pilots will vary according to local agricultural practices. Notification systems might also operate differently.

“An advantage of having more pilots throughout the state is that we get to try out some slightly different ways of doing notification, to really be able to get feedback from community members, growers, commissioners about what’s working and how we can then roll that up into a statewide system,” says Karen Morrison, acting chief deputy director for the California Department of Pesticide Regulations.

In addition to collecting feedback from the local pilot areas, DPR will host workshops on the statewide system later this year.

Mark Weller, the organizing strategist for Californians for Pesticide Reform, says activists worry about the accessibility of the systems.

“We’d love to jump up and down, but we don’t know the details,” he says. “We don’t know if this is going to be another restricted system like the one in Monterey for the schools, where if you want to know, you’ve got to sign up. And then you only learn about four pesticides anyway.”

The activists ideally want a website with notices of intent, explanations about specific pesticides and resources for people who suspect they might have been exposed.

“And if that takes until 2024, OK. But what they need to do right now is post the stuff they receive already,” says Weller. “We need the public support to make sure it’s fully transparent. And that the state take more action to actually reduce the use of toxic pesticides rather than just taking years to end the secrecy about them.”

People in Santa Cruz County can provide feedback by calling the county agricultural commissioners office at 831-763-8080.