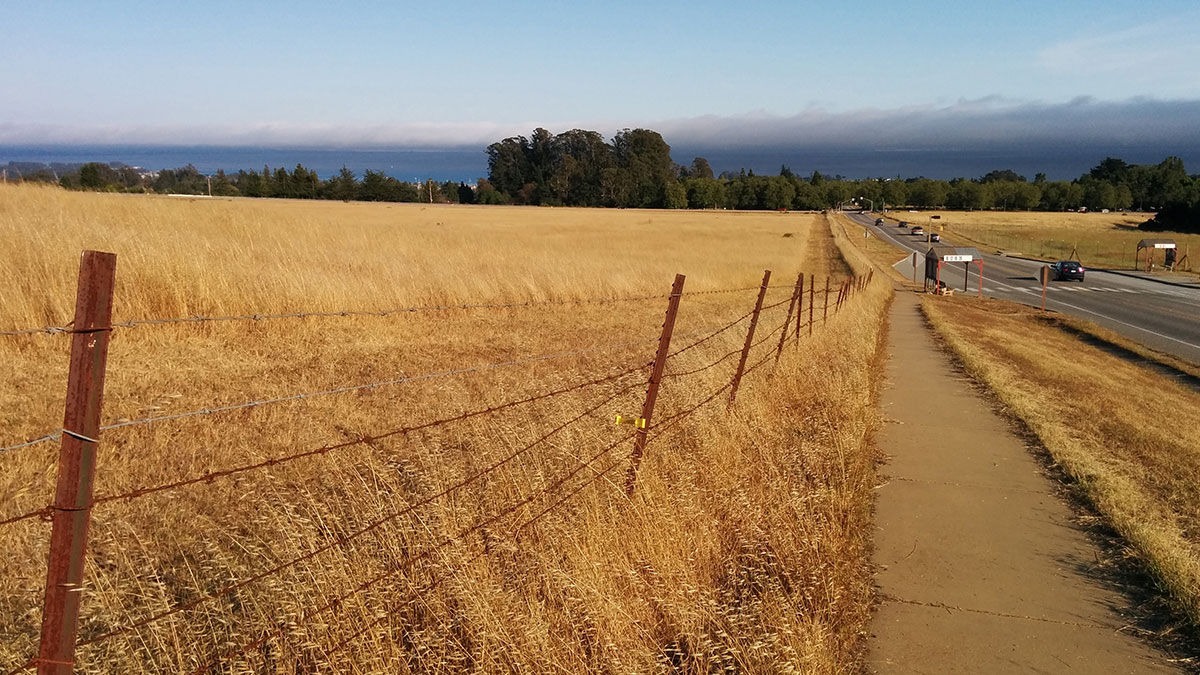 As UCSC moves forward with suddenly controversial plans to expand housing construction to its East Meadow, Jim Clifford, an emeritus professor, says the school’s idea of a public process has been, in a word, “scandalous.”

“Effectively, they kept it quiet,” he says, although he likes to think that quietness is quickly changing, thanks to the East Meadow Action Committee [EMAC], which he helped create a few weeks ago.

Although the university and its chosen developer started conceiving of plans to build in the East Meadow last fall, Clifford feels that university leaders did not fully open up about the plans until earlier this month.

Clifford says he knows that the university organized planning groups on the topic and acknowledges that there was a notification from the university that went out in early November about changes to the Student Housing West project—originally planned solely for the west side of campus—but he feels that the release wasn’t clear, as it never actually mentions the words “East Meadow.” And he suggests that the technical document it linked to was far too dense for any casual reader.

Of course, Sarah Latham, UCSC’s vice chancellor of business and administrative services, notes that there was also a Santa Cruz Sentinel story about the change. However, that article never mentioned the East Meadow, either, Clifford says, and only referenced the nearest intersection, Hagar and Coolidge. He believes many people have a hard time remembering which streets are which, and that the shifting impact may have been lost on many.

“While there’s always room to look at how we can improve,” Latham says, “we did our best effort to share information.”

UCSC drew up plans to build 3,000 beds, via its public-private partnership with Capstone Development Partners in the Porter Meadow area. The plan was to also revamp nearby Family Student Housing, which is in that area. But when that site ran into environmental concerns, planners talked about moving the Family Student Housing portion of the plan east, to Hagar and Coolidge.

Concerned literature professor Chris Connery, who cofounded EMAC with Clifford, says meadow preservation has been a guiding design principle for the university, since the school was first founded 52 years ago—one that has protected sight lines around the campus.

“This is now going to be thrown out the window,” says Connery, mentioning that the area is also a habitat for the burrowing owl.

Connery says there are other places where he would rather see UCSC explore housing construction. For instance, he believes Capstone could build behind UCSC’s trailer park, although he acknowledges the upfront costs might be greater.

Clifford says the group is now reaching out to student activist groups as it tries to build momentum and a wider coalition. “I believe, and I hope students can care about getting more housing on one hand,” Clifford says, “and also care about not ruining what makes UCSC special.”

He likes the idea of putting Family Student Housing at the edge of a field best known for occasionally grazing cows.

“If they had an environmental concern to be considered, I would be in full support of them—if there was an endangered species,” explains Killam, who says that he spends 60 percent of his income on rent. “Domestic cattle are not an endangered species. Their argument about lower campus rings pretty hollow to me. For them to pick on family housing, in particular, seems pretty low.”