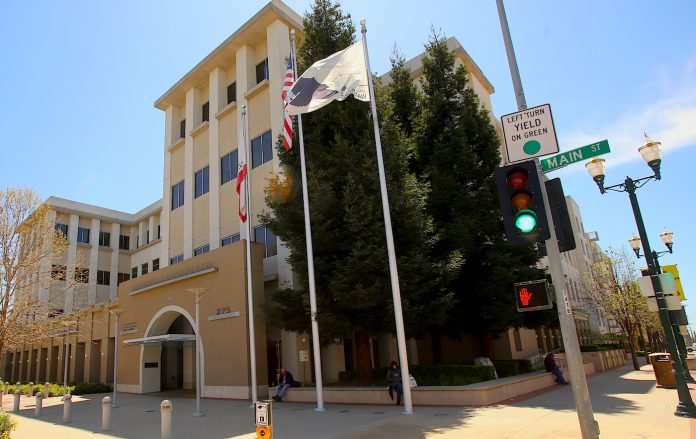 WATSONVILLE—After three closed session meetings the Watsonville City Council has not yet decided on who will lead the municipality in the interim after outgoing city manager Matt Huffaker leaves later this year.

But Watsonville Mayor Jimmy Dutra says that a decision could be near.

“I think we’re getting closer to a solution for the interim city manager position,” the city’s lead official said after a four-hour Wednesday morning meeting at the Civic Plaza.

For the second time, the City Council gave staff direction on how to proceed but made no final decision on the appointment.

It is unclear when the elected leaders will again discuss the item. Dutra said that another meeting could happen before the City Council’s final regularly scheduled meeting of the year on Dec. 14.

“It may happen sooner than that but I don’t know of the exact timing,” Dutra said as he, city staff and much of the City Council rushed out of the council chambers and back to work following the special mid-week meeting.

The gathering was the city’s third in three weeks concerning the appointment of the interim city manager.

It met on Nov. 3 in a special meeting with two City Council members absent and debated the item in closed session again at its regularly scheduled Nov. 9 meeting.

At the Nov. 3 meeting, the City Council directed staff to search for two companies that would spearhead the city’s efforts to find a new city manager. One company would be in charge of finding a permanent replacement for Huffaker, and the other for identifying a person to fill the position in the interim.

Huffaker, the city manager in Santa Cruz County’s southernmost city for three years, was appointed as Santa Cruz’s chief executive on Nov. 9 by the Santa Cruz City Council. He is slated to start his new position on Jan. 3, 2022.

His final day with Watsonville is Dec. 14.

The appointment of an interim city manager has drawn concerns from people who claim they are city of Watsonville employees that have flooded the Watsonville City Council’s email with pleas that it look outward for a replacement. Specifically, those people say that Assistant City Manager Tamara Vides is not qualified for the position.

Both wrote to the City Council before the Nov. 9 meeting to say that the city should look elsewhere for an interim city manager.

Vides, at the Nov. 3 special meeting, received a show of support from interim police chief Tom Sims and fire chief Rudy Lopez and the directors of the parks, development and finance departments.

At Wednesday’s meeting, there was no public comment before the City Council began its closed session—public bodies conduct closed sessions to discuss private matters such as lawsuits, employees and the purchase or lease of real property.

[This story has been updated with the addition of two city employees’ letters to the city council. — Editor]